A few years ago, a friend said he’d loan me his CD’s if I wanted to rip them (Cover your eyes RIAA). I was a little surprised when he brought in a grocery bag full of burned CD’s; dozens of them. They included the official Top 100 songs for every year all the way back to 1955 (note, 1955 “Top 100” consisted of 40 songs; half of which were about Daniel Boone).

Well it took me about two weeks to rip them all, I actually wore out the built in CD burner. I spent some time <em>trying</em> to organize them, but there were over 5,000 songs in there, enough for me to play weddings and Bar Mitzvah’s.

Well, since my laptop left me, and found a new place to dwell, I had to redo all the playlists on the new machine. While I was doing that I came across a song I couldn’t believe was in there. I tried to copy it into garage band so I could export it in a format I could share with you all, but I just can’t figure out how to do that. So I’ll just have to describe it. 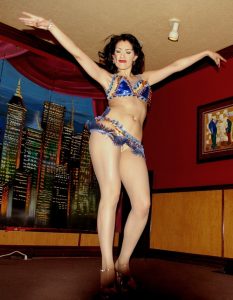 stripper anyway. It’s just really weird listening to this song without the visual of a woman and some feathers. Even the iTunes Store includes a nice visual to go along with the song – Look up David Rose, The Stripper.

Anyway, that’s the first part of the conundrum, the second part is this. It’s listed in the “Top 100” for 1962! Why? I can’t figure that out. There’s lots of good music that year, plenty of Beach Boys, Beatles, Elvis, Twistin’ the Night Away, Ahab the Arab. How did The Stripper get in there in 1962? Did something happen that made people run out and buy David Rose’s The Stripper?

Oh well, life’s mysteries. All the time I spent trying to copy it for this blog; the thing is now stuck in my head. I bet none of you have ever had the stripper song stuck in your head. Picture me walking down the hall at work whistling the stripper song.